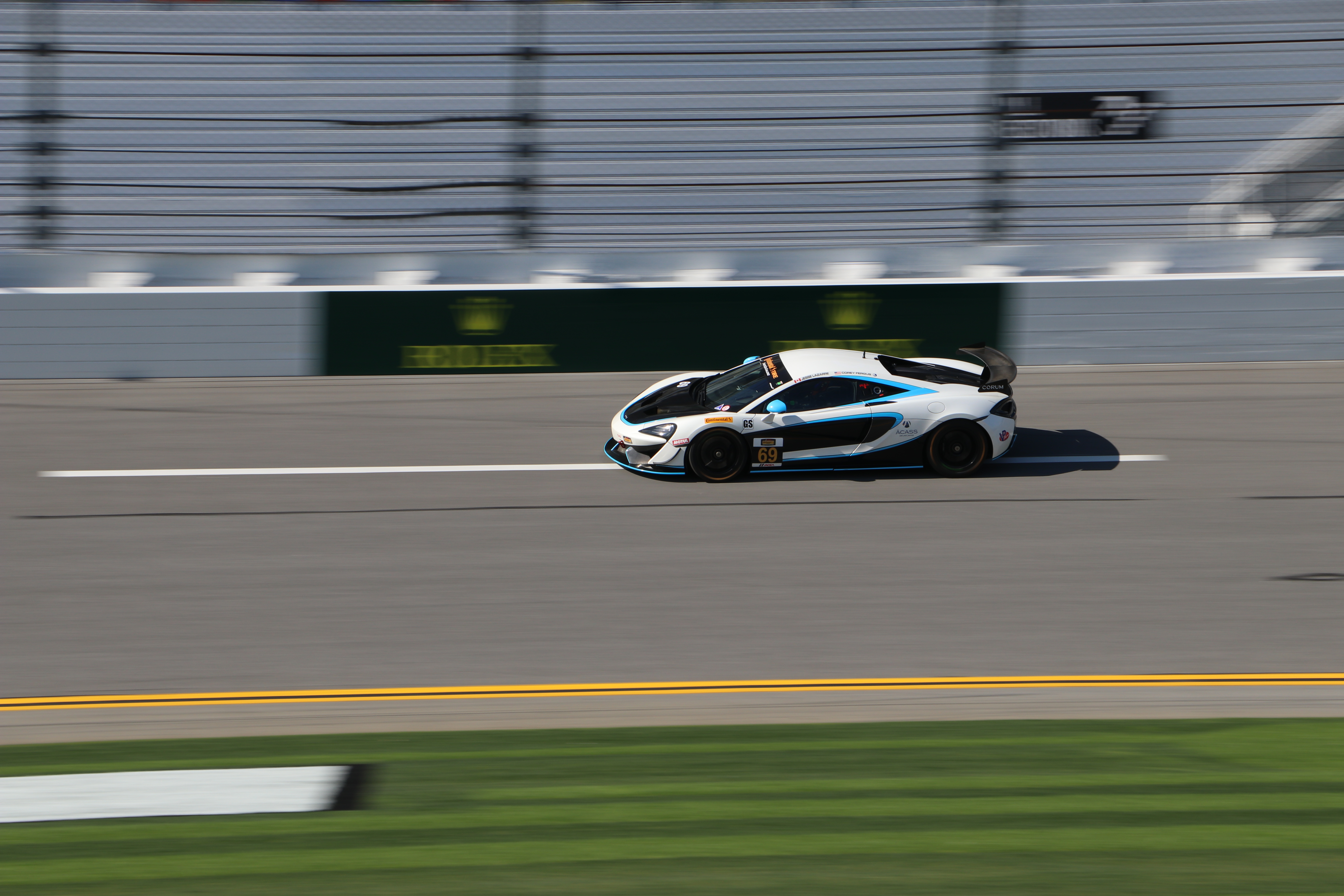 Corey Fergus drove the McLaren 570s GT4 flawlessly for his first event in the CTSC series. Even though the race was stopped a few times because of accidents, Corey remained unfazed and drove his hole stint consistently. Jesse Lazare took over from Fergus with 50 minutes remaining to the race. While coming back on the track, he fell in the leader’s pack which put him in an excellent position for the remainder of the race, if it was not for the last caution flag which prevented the team from completing their strategy, which until then proved to be perfect.

The team ran into minor issues during the 4-hour endurance, but nothing stopped the #69 machine from performing to its full capacity. However, with the new Balance of Performance (BoP), the McLaren struggled with the added weight. The team hopes this issue will be resolved for the next event.

This year’s calendar includes 10 action-packed events throughout North America, with one stop at the Canadian Tire Motorsport Park (CTMP) in July, the only Canadian racetrack visited by the series. The season started this Friday, January 26th at the prestigious Rolex 24 at Daytona for the first 4-hour Endurance race of the season. All events will be broadcast on IMSA.tv.

Corey Fergus, driver of car #69: “The race obviously didn’t go as planned today. We realized that we have a car issue and we need to figure that out for Sebring, but we have six weeks to work on it. I have confidence that these guys will get it done and I think we will come back to Sebring ready to go. Hopefully, it will go better next time. The McLaren is amazing; it is very fun to drive. Today was also my first stint over three hours, that was exciting as well, just knowing that I can stay in the car for three hours and still be productive that was good.”

Jesse Lazare, driver of car #69: “We started off on a strategy different than anybody else. We were trying to get to the front of the pack through a different approach because we were not able to do it on speed. It was working out fine if we didn’t have that final caution on the final stint. Then we would have definitively had a shot at the Top 5, for sure the Top 10. But we learned a lot, the car came back in one piece, we finished, we take the points, and we move on to the next one.”

Eric Kerub, Team owner: “I am terribly disappointed in this weekend. When you build a championship effort team you never want to hear about 17th place. We need a bit of help from IMSA strictly for the Balance of Performance issue, but not withstanding that we have our own problems to study. Clearly the competitors at Compass 360 found a solution to a similar problem we each had at the Roar. Now it is our time to investigate, but whatever problem they found, even with their fantastic drivers, they were still a second off the pace from the leaders.”