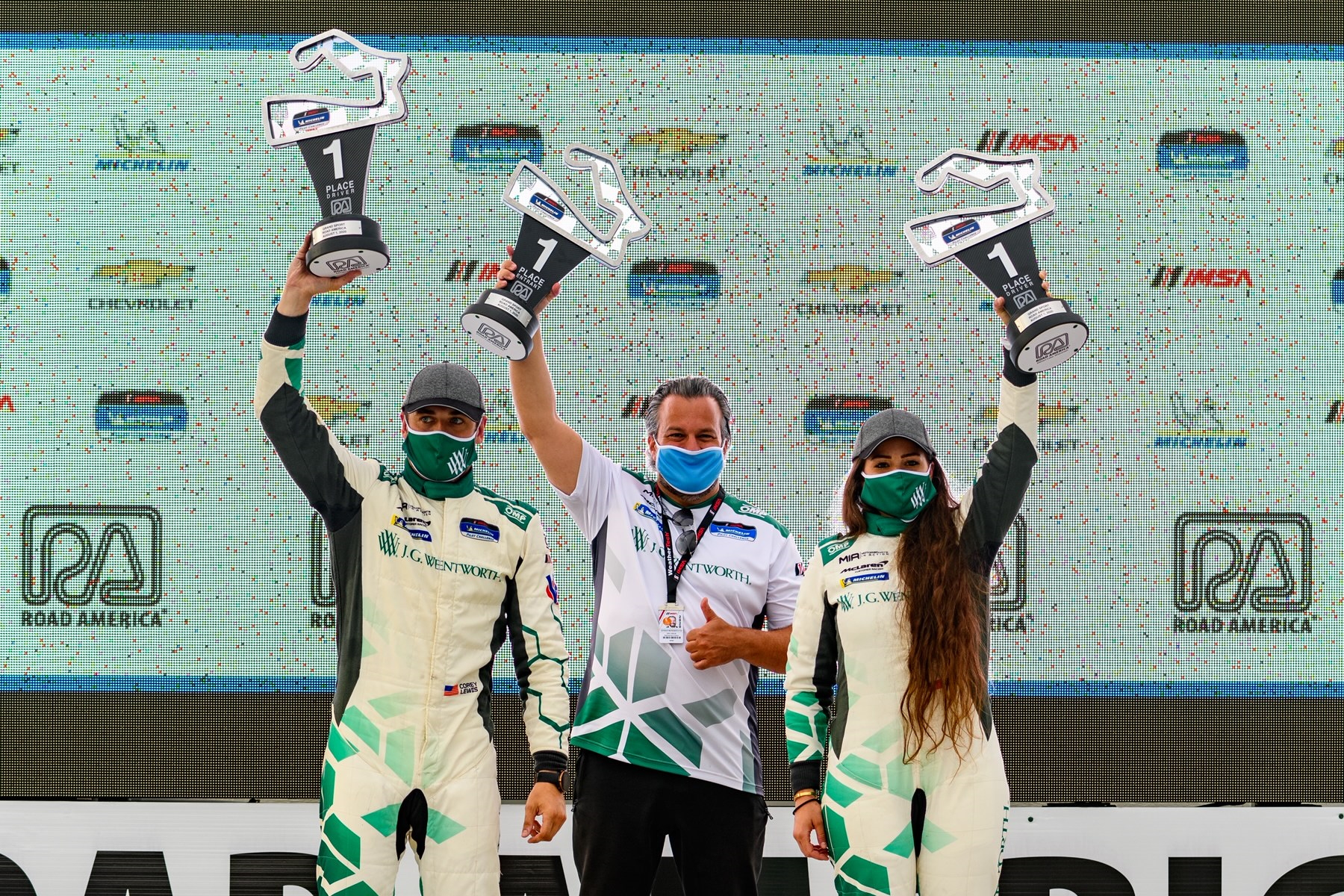 ELKHART LAKE, Wis. (Aug. 2, 2020) – Motorsports in Action (MIA) claimed its first victory of 2020 in the Road America 120 for the IMSA Michelin Pilot Challenge on Saturday, courtesy of stellar drives by Sheena Monk and Corey Lewis in the No. 3 J.G. Wentworth McLaren 570S GT4.

The duo scored MIA’s first victory in the series since 2017 as the race ended under full-course caution, and they won it in dominating fashion. Monk delivered the team’s best qualifying effort of the season, and Lewis set a lap record around the 4.048-mile, 14-turn road course.

Even more remarkable is that it came in just the third race together for Lewis and Monk, who became the first female overall race-winner in the series since 2015.

Optimism was high in the MIA camp after the two free practice sessions Friday with the McLaren placing third as Monk and Lewis both showed strong pace in the McLaren. That carried over to Saturday morning’s qualifying, where Monk finished third for the team’s best showing of the early season in time trials.

It got better in the race. Monk ran the majority of her 42-minute stint in second place after a stellar start where she gained a position by the time the GS field reached the first corner.

If Monk was intimidated, it didn’t show as she held off entries from Audi, Mercedes and BMW and kept the McLaren fast and clean in just her third Michelin Pilot Challenge start. She pitted the McLaren for the first time 42 minutes into the race – after posting the fastest overall first sector of the race during her stint – and handed off to Lewis to go the rest of the way.

That’s exactly what he did, obliterating the track record in the process. Lewis, a two-time winner in the series, went from more than 25 seconds down at the time of the pit stop to within five seconds before the final cycle of GS pit stops. He pitted from the lead with 37 minutes left and emerged from pitlane just ahead of the second-place Aston Martin.

The pressure from behind didn’t faze Lewis, who held Kyle Marcelli at bay and pulled away by as much as five seconds before the late-race yellow.

Next up for MIA and the No. 3 McLaren is the Michelin Pilot Challenge race at Virginia International Raceway on Sunday, Aug. 23. Earlier on Saturday, IMSA announced that MPC will now race at Road Atlanta on Labor Day weekend in lieu of Watkins Glen, and that Mid-Ohio will feature a doubleheader for the series at the end of September.

Sheena Monk, Motorsports In Action No. 3 J.G. Wentworth McLaren 570S GT4: “I’m in shock… I really don’t know what say! The entire day was great. Qualifying went well. Maybe I left a little bit in the car, but the lap I put together was good. I was able to gain a position in the race pretty quickly at the start but made a little mistake to give it back, but my goal the entire time was to maintain it as best I could and bring a good racecar back to Corey. We had a fantastic stop to get Corey out and into the race.”

On adjusting to a condensed weekend schedule: “Fortunately I know Road America pretty well from racing Lamborghini Super Trofeo here and testing here a couple of times. It was my first time here with the McLaren though, so the first practice was a little awkward just because I had to retrain myself on where to brake and understanding the behavior of the car. With the condensed schedule, you have to make the most of every minute which was what was tough about this weekend. We had a ball joint fail in practice, and the MIA replaced the whole front suspension on both sides really quickly to make sure we didn’t miss a lot of track time. They made the most of every single minute.”

On making the transition to Motorsports In Action: “It’s been an easy transition and a very welcoming environment. It’s very confidence-inspiring to watch the mechanics work and watch how involved everyone is. This is a top-notch program frankly, and that’s why we made the switch. I’m still learning, still pretty new to all this and getting up to speed. In order to win, all the pieces have to come together and so we had to make sure we were putting ourselves in the best position. The Motorsports In Action guys are fulfilling that. You saw on the pit stops today that things like that make the difference. This is a competitive field, so everything has to go right in order for that to happen.”

On Road America: “It was so fantastic to have fans here. It feels really special to win here at America’s National Park of Speed. It hasn’t sunk in yet. We’ll enjoy it, but as far as I’m concerned it’s back to work for VIR.”

Corey Lewis, Motorsports In Action No. 3 J.G. Wentworth McLaren 570S GT4: “It’s been a heck of a two days. With the condensed schedule, it’s tough on all the teams. To get everything ready for a race is stressing, especially on drivers like Sheena who is in this car for the first time this year. But she is such a sponge. I’m really proud of how quickly she’s come along in a such a short period of time. Her qualifying effort was great, kept the car clean and handed the car off exactly where we needed to be. Motorsports In Action gave us a car that was able to pick up the lead and catch the guys we were chasing midway in the race. The last pit stop was perfect. The guys in the pits kept talking me through the gap deltas and so forth. It’s been an amazing two days. I’m beyond proud of Sheena and beyond proud of Motorsports In Action. Thanks to J.G. Wentworth and IAA Auctions for allowing us to do what we do. This is one to remember, for sure. Hopefully it won’t be the last.”

Did you have any close calls? “There were a few. With mixed-class racing, that’s bound to happen. I had somewhat of a close call with a TCR car going into the Kink. We gave each other room. Other than that, it was fairly smooth sailing other than the accident at the end and avoiding the debris. There was a little bit of fuel conserving in the middle stint but we still had the pace to narrow the gap to the leaders. Like I said, the Motorsports In Action guys did a great job on the final stop. From then, it was head down and make it to the finish.”

Eric Kerub, MIA Team Owner: “It’s still taking time to sink in! My heartburn was still very much present considering what happened the last time we were at Road America. We also put a lot of pressure on ourselves to deliver for Sheena and Corey since the car failed them at our last race at Sebring. The chips were there for us to do well, but as everyone knows that absolutely everything has to go right to win an IMSA race. To say we needed this one as a team is an understatement. Of course, we as a team need to do everything right, but in the end it’s the two drivers behind the wheel that have to race for two hours, and I couldn’t be prouder of our drivers and the job we all did.” 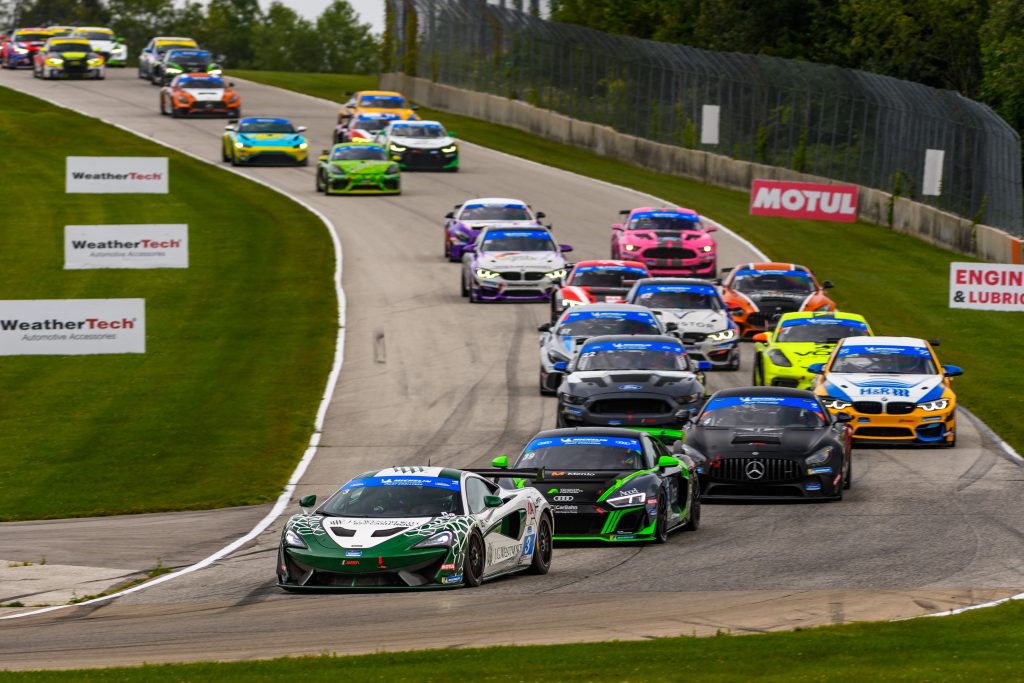 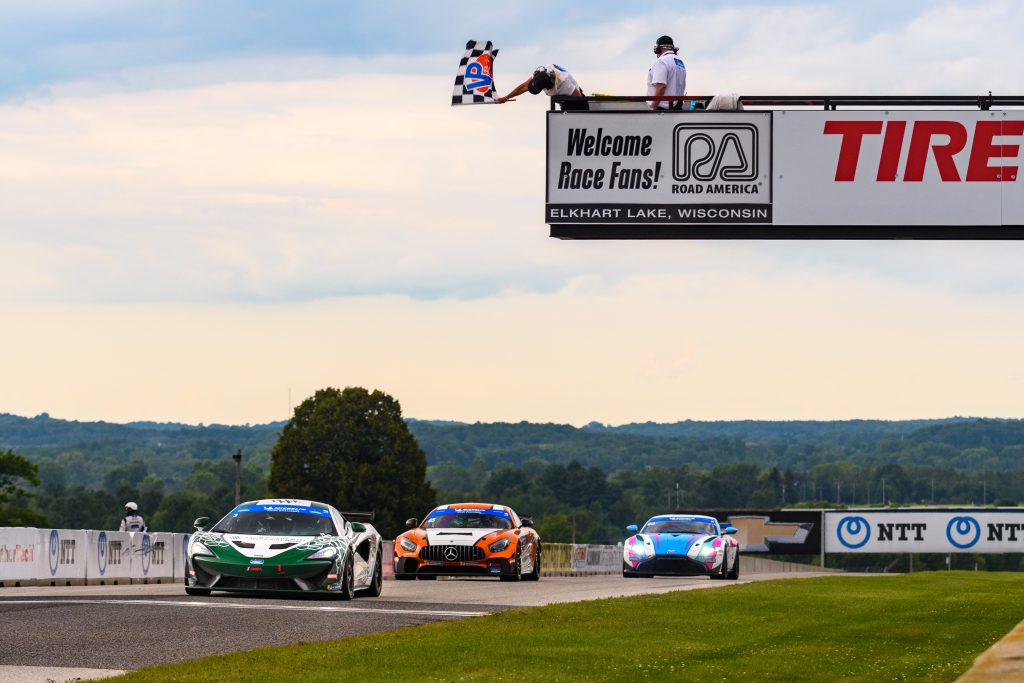