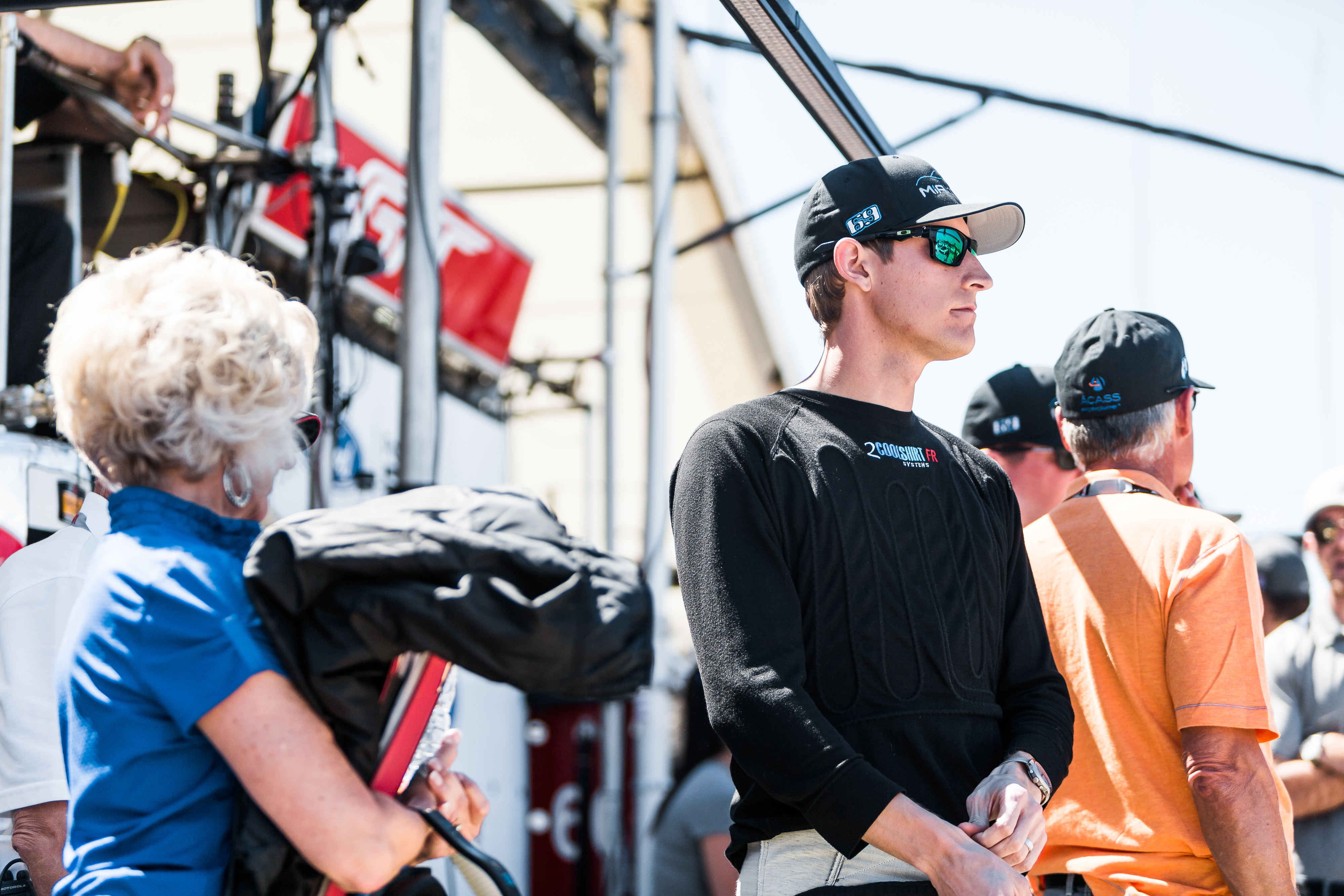 Columbus, Ohio, May 3rd– Motorsports In Action is getting ready for the Mid-Ohio 120, round 3 of the IMSA Continental Tire SportsCar Challenge, taking place at the Mid-Ohio SportsCar Course on Saturday, May 5th. It’s with great anticipation that the series returns to Mid-Ohio after a 5-year hiatus.

Columbus’ Corey Fergus and Montréal’s Jesse Lazare will share the #69 McLaren 570s GT4 prepared by the Québec-based team. Eric Kerub’s outfit has established itself as one of the top teams at the last event in Sebring. Qualifying 4th before leading most of the race, the #69 machine had to retire in the closing stage of the race due to an accident.

Corey Fergus is excited to be back in front of his crowd. “It’s really fun to be back at Mid-Ohio. It’s my home track, and it’s where I grew up. I used to go all the time when I was a kid, watching my dad race as well as the IndyCar and the motorcycle races. We are going to have a lot of local support, fans, friends, family. Motorsports In Action’s car is going to be well prepared, and I think we are going to have a good show and put it on the podium.”

The much-anticipated weekend kicked off Tuesday night at Byers Auto Group, where Corey works. Jesse and Corey took to the stage to talk about their career in motorsports and the upcoming event. Confident that Saturday’s race is going to be action-packed, Corey invited all race fans: “make sure you are there for the 2:20 p.m. race because it’s going to be intense.”

Montréal-born Jesse Lazare is no stranger to the Lexington track as he has previously raced there in 2012 in open-wheel. “I have been to Mid-Ohio in 2012 in Formula 1600. It’s an excellent track, the elevation changes and the fast corners are fun. I’m also looking forward to the possible rain because the McLaren is great under these conditions. I am also excited that my teammate Corey Fergus is from Columbus. It’s going to be a great race, and there’s a good chance to win.”

Team owner Eric Kerub stated: “We are thrilled to be at Corey’s home track. It’s going to be a great event and a great opportunity to meet the fans. Jesse and Corey will share a strong car capable of winning this race. Last month the team showed that we had the pace so we are confident that we have a realistic chance of scoring our maiden win of 2018.”

The race will be broadcast live on IMSA.tv.